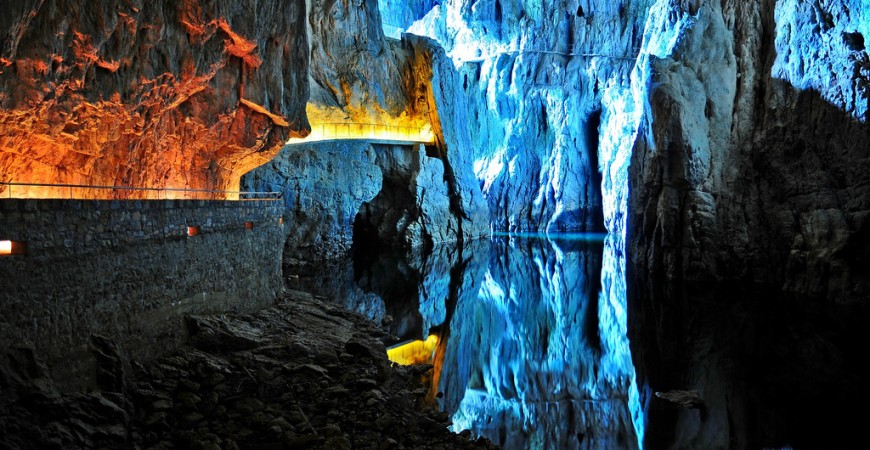 All around the world and almost at every country, you can find caves of various kinds. But, the Skocjan Caves really standout among them, not only is it a World Heritage Site, but it is ranked as one of the most important caves in the world.

[bctt tweet=”All this wonder is located just in the Kras Plateau of South-West Slovenia.” via=”no”]

[Tweet “A tour inside will give you a glimpse of how massive the caves are and how exceptional the sites inside can be. “]

[tweetthis]Much like in other canyons, you will actually see various kinds of li[/tweetthis]

mestone bedrock alongside secondary cave formations. Of all the chambers, the largest is called the Martel’s Chamber, it has a staggering 2.2 million cubic meter volume. Because of that it is considered as the largest underground chamber in Europe and also ranks as one of the largest in the world. Aside from the wonders of the rocks and the river, there are various kinds of flora and fauna in the caves. Conditions created in the caved gave way to the growth to different kinds of plants. Common ivy, wall lettuce, maidenhair spleenwort, Hart’s-tongue and many other plants adapted to the strong light in the cave entrance. While the deep parts of the cave houses algae and mosses. Many bat species, crustaceans and invertebrates also occupy the cave and they have also found evidence of human occupancy long ago.

All the tour guides are fully qualified, guides also include the village and nature above the caves. They assure you that at the end of the tour, you have grasp more knowledge about the cave, its explorations, features and more.