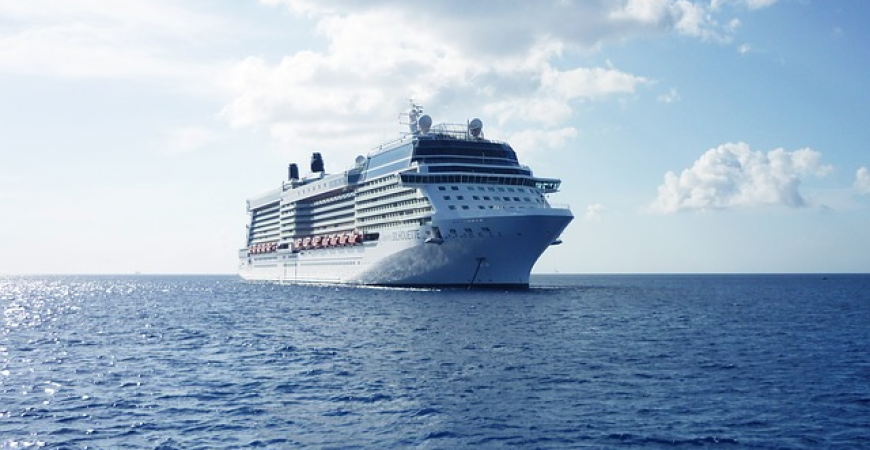 For a lot of people, a cruise is a dream that they never fulfil. Unlike most holidays, a cruise is unconventional, but that is what makes it great. You spend weeks on a luxury cruise liner, and you get to visit a plethora of different countries and cities. Cruises sound great, don’t they? Before you talk yourself into one, however, you need to consider a couple of details first. Do you have the time? A lot of people lead busy lives, which is just another reason they don’t go on cruises. Some can take weeks or even months, so you have to pin down your travel dates before you make your decision. If you have to get back to dry land before the cruise is over, you might find yourself stuck in the middle of the ocean. The length of a cruise should also play a big part. If you have never been on one before, a six-month stint might be too much. But, you also want to enjoy the experience, so you want longer than a week. It is your personal decision, but three-week cruises are usually the perfect compromise. Try and pick a cruise that visits the place […]

Looking for a great romantic getaway for spending your honeymoon or anniversary? Well how about spending it on a Russian river cruise? It offers a great way to experience Russia with your loved one. Russia has a lot to offer when it comes to cruise holidays. Endowed with magnificent cities and world class museums and historical towns, Russia’s waterway alone is already remarkable. Most ocean liners are able to travel all the way from the Mediterranean to the Arctic. Moscow is connected by rivers and canals to five seas namely Aral Sea, Baltic Sea, Black Sea, Caspian Sea, and the Sea of Azov. The river cruise runs in three main areas: Central European Russia, Northwestern European Russia, and Asian Russia. The most popular package in a Russian cruise holiday is the Moscow to St. Petersburg river cruise. The tour takes between 7 to 10 days plus an additional day or two for the land tour in each city. Covering 650 kilometers, the cruise takes you to 10 different rivers, canals, lakes, and reservoirs. The land tour includes a visit to various attractions in Moscow such as the Red Square, the Kremlin, the Tretyakov Gallery, and the Bolshoi. In St.Petersburg, you […]

Looking for a great way to travel? You can try the Moscow to St Petersburg River Cruise. Russia boasts of its Volga Dream River Cruise which is unlike any other trip. The cruise makes its way to the longest and largest river in Europe stretching from Ivan the Terrible to Peter the Great to Catherine the Great. The scenery is breathtaking as you get to see the churches, the people, and sceneries that make you seem like jumping out from an old painting. When it comes to Russian river cruise, the Volga Dream offers an unprecedented level of luxury. Known for having the finest accommodation, delicious food, best service, and care, the Volga Dream is a class of its own. With 60 crew members and room for just about 100 passengers, it has the lowest passenger-to-crew ratio among other Russian river cruise ships. You will find no worries disembarking at the different ports of call as well as get timely meals. Clearly, the Volga Dream is a great way to unwind and reinvigorate your inner self. This 314-foot vessel is family-owned and is the first luxury river cruise ship in Russia. It lets you experience cosmopolitan comfort as it takes […]

One of the best ways of rekindling the romance in your relationship is by simply going for a river cruise with your partner. Most river cruises have an element of romance and comfort about them, so they are most ideal for when you need to spend some quality time with your loved one. Of all the destinations you can choose for this, France is one of the most romantic. The Seine river cruise for example is deemed to be one of the most romantic that you can enjoy in the country. River cruises on the Seine are focussed primarily on sightseeing, usually around the city of Paris. Most cruise operators normally organise cruises that last around one week long. Of this, around two days are spent in and around the city of Paris. Afterwards, they normally sail Northwest, towards the English Channel and Honfleur. There are several stops during the cruise in points of interest including at Giverny (which happens to be the hometown of Claude Monet) as well as in Rouen. Guests also visit Normandy beach to see some of the memorial sites put up in commemoration of D Day. This being France, you can expect the best in […]

The yacht lifestyle is fairly synonymous with being wealthy, and it is a way of living that is often featured in men’s magazines. Yachts often cost more than a million dollars and this lifestyle comes with a load of perks. Essentially, if you are living the yacht lifestyle, you have a lot of options when it comes to your daily activities. Having a lot of money affords you the opportunity to decide what you may or may not do on that given day. For example, if the sun is out, you might just want to head to the ocean and relax on your yacht. You Can Throw the Best Parties in Town Not many people would turn down an invitation to go out on a yacht for a relaxing dinner party. You will be able to host your family and friends in style by taking them out on your yacht and serving up a tasty seafood dinner. Most yachts have all the room and tools needed to host a dinner party. Essentially, it is like taking your home onto the water, where you can pop a bottle of champagne and cook a tasty meal. One of the best things about […]

By passing through a time zone roughly on a daily basis, you manage to avoid that horrible jet lag feeling that you usually get when flying across the miles. The West to East type of jet lag is the worst – so why not take the journey at your leisure in the comfort of a cruise ship complete with restaurants, theatres, swimming pools and all of the amenities you desire, rather than being cooped up in an aeroplane seat! Jet lag, which is medically referred to as desynchronosis is tiredness and the body’s confusion after a long aircraft journey. Due to the fact that the aeroplane crosses several time zones, the body’s internal clock and circadian rhythms are disrupted and this leads to the person feeling lethargic, drowsy and they will find it difficult to adjust to the new time zone. On a cruise ship your bedroom is on board, meaning that even if you have a standard stateroom you are never far from your bed – can you imagine trying to sleep in anything less than a business class seat?! Not comfortable, that’s for sure. And there’s no opportunity to freshen up properly or eat a decent meal when […]

Few things turn on love-hungry couples more than a mouth-watering exotic cruise deal for the Caribbean. Even the most unromantic couples are known to get inspiration from the exotic and breathtaking setting in the Caribbean to demonstrate their true emotions towards their partner. However, there is much talk that a Caribbean cruise vacation deal for a couple can be hard to get. While, there is no denying the fact that as more and more people look to book Caribbean cruise vacation deals, most cruise lines do charge excessively still there are ways for you to relish an unforgettable weekend with your ‘special one’ on a Caribbean cruise liner without busting your budget. For starters, you need to take a sigh of relief by knowing that Caribbean cruise deals are available throughout the year. My personal experience has taught me that booking your spot on a cruise ship late always help you win a cheap deal as most cruise liners are looking to fill their capacity in the last days. On rare occasions, you may be able to book two spots on a cruise ship at almost half the original price only if you happen to be in Florida and check […]