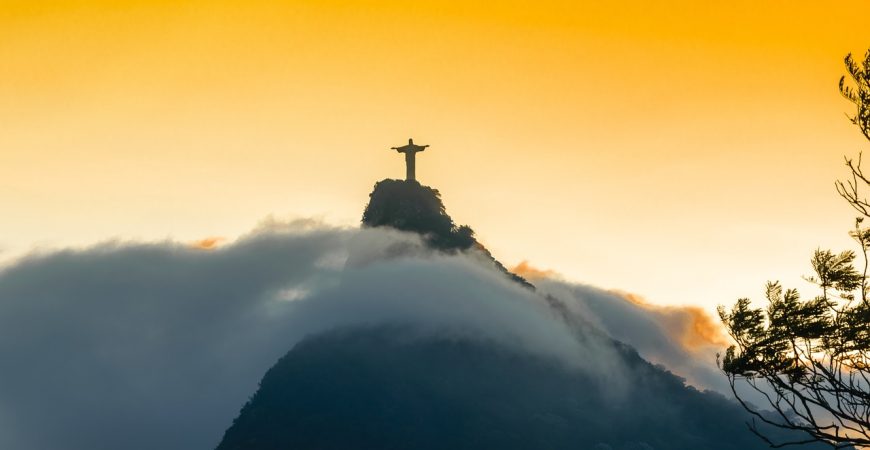 If you ask someone from another country to name a brazilian city, it’s very likely that the answer is going to be Rio de Janeiro.

Even though the city isn’t the capital of Brazil (which, in fact, already happened between 1763 and 1961), the beauty of the beaches, the grandiosity of Christ the Redeemer and the immediate association with samba and carnaval elevates the city to a place known worldwide.

Still talking about this fantastic recognition, the safety of the city might be a cause for doubts, but what is exactly the truth about this topic?

To clarify these questions, we’ve collected data and interesting information that will bring a grounded answer to this issue that might define the future of your next trip. Before that, however, let’s find out why the city is usually associated with the lack of safety.

It has been, but it’s getting better every day. Before the opening of the Unidades de Polícia Pacificadoras (Peacekeeping Police Units, freely translated), also known as UPPs, in 2008, the situation was reason enough to be alarmed. After the inauguration of this project, violence began to decrease.

Analysing the data released by the Public Safety Institute of Rio de Janeiro (ISP), it’s possible to notice how the numbers have dropped considerably:

Still according to ISP, only in the first 7 months of 2018, 895 deaths were cause by police intervention. This represented an increase of 297% when compared to the same time in 2013.

Faced with this situation, the Federal Government of Brazil decided that a federal intervention would take place in the state, which marked the first application of the Article 34 of the Federal Constitution of 1988.

This intervention was finished by the end of December 2018 with good results, as there was a reduction in 8 of the 12 types of crimes monitored by the ISP.

The numbers were the following, and they appear in order: occurrences in the period of 2017 / occurrences in 2018 / percentage reduction, always compared to the months of March to December 2018 in relation to 2017:

Cases of mugging followed by death were reduced even further by 33,72%.

All of the numbers are good, especially the ones representing homicide – considered by many public safety experts as the strongest indicator of a place’s violence.

Such a reduction is even more significant when there’s awareness that the numbers have been increasing since January 2016, the high of which continued even after the beginning of the federal intervention – although it subsequently declined.

Once you’ve seen these statistics, it’s important to be aware of other equally significant and well-known data that shows the violence rate in famous cities all around the world.

What are the most dangerous cities in the world?

You can get this answer with the help of a list compiled with data from the Consejo Ciudadano para la Seguridad Pública y la Justicia Penal A.C. (Citizen’s Council for Public Security and Criminal Justice AC), a Mexican civil organization.

This list, referring 2018, includes cities that are not at war and have a population of at least 300,000 people. The indicator is the number of annual homicides per 100,000 people.

These are the 10 most dangerous cities:

This means Rio represents a certain level of violence, just like in any other part of the world, but there are plenty of other Brazilian cities in which this level is bigger.

Come visit Rio de Janeiro and have a fantastic experience

It’s true that you should have a dose of caution, but not of concern, just like in visitations in any other place in the world.

A very famous Portuguese proverb says that “caution and chicken soup aren’t harmful to anyone”. Being cautious in Rio is as important as being careful in Orlando, Paris, Milan, New York, Buenos Aires, Tokyo, Cape Town and any other metropolis – and city.

For comparison purposes only, Detroit, the largest and most populous north-American city in the state of Michigan and the largest city on the US-Canada border, received 2.66 million visitors from other countries in 2016, according to Detroit Metro Convention and Visitors Bureau.

By crossing data from the Federal Police and the Ministry of Tourism, referring to 2017, it was concluded that 2,66 million tourists landed in the state of Rio, a considerable number from a less dangerous city as the one previously mentioned.

The numbers regarding public safety have gotten considerably better in Rio. The search for the state is still very high and the attractions are sensational, which helps us understand why it’s known worldwide.

Counting with the help of people that are familiar with the region allows you to visit the main places in the city with all the safety and convenience that a beautiful trip asks for.

For that, count with the free walking tours, a tourism modality that has the support of walkers, people who, just like tour guides, present the main points of a city, but without charging a specific price and the necessity of too much bureaucracy.

You pay as much as you think is right for this unforgettable experience in tours that happen almost every day, rain or shine. The communication is usually made in English, the universal language.

Count on the free walking tour Rio de Janeiro on your next trip. See for yourself how safe the city actually is for tourists, and understand the reasons that make it known all around the world! 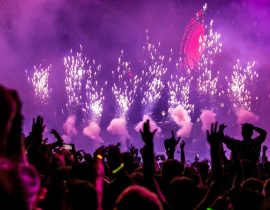