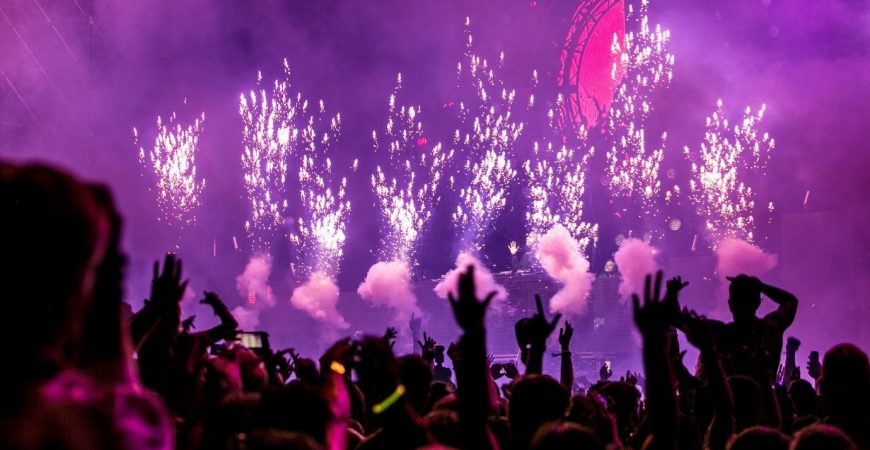 Through this blog post, I want to remind you how socially and culturally rich our world is and how similar it may be with regards to celebrating festivals. Dancing, drinking and eating somehow we do for having a blast of a time and these are the things we can agree on generally. Right away, here I have gathered the main 9 fests to go to across the world.

Oktoberfest is by far Germany’s biggest crowd puller. Held each year in the meadow called Theresienwiese, Munich, the festival was first celebrated in 1810. It attracts more than six million visitors consistently and more than seven million liters of beer are consumed!

As dazzling as that beer detail seems to be, there’s significantly more to Oktoberfest. It’s a festival of Bavarian culture and you’ll discover many people wearing conventional Lederhosen and Dirndl. There are flawless parades, very funny carnival rides, tasty sausages, and pretzels. But, obviously, the legend is the beer. Seven million liters!

The British fest has been around for nearly fifty years now. The music is the most energizing part of the fest; however, another significant segment of Glastonbury is its community. It supports variety and solidarity, so you’ll discover young and old of various ethnicities, cross-dressing and in different outfits.

Glastonbury is a five-day fest with the expected participation of One-hundred-and-seventy-five thousand. Eat, drink, dance, slackline and have a mud fight. As differing as the group might be, Glastonbury is British to the absolute last.

Legitimately known as Día de Los Muertos, a celebration devoted to representing love and respect to the departed ones. Despite the sober theme, anticipate energetic colors, marches, song, and dance; people paint their faces and take on the appearance of skeletons and fill up the roads all over Mexico. While the topic is death, the celebration underlines that we remember to acknowledge life. Genuinely unique, ensure you experience the Day of the Dead in Mexico at least once.

March seventeenth, the day that St Patrick passed away, is a public holiday in Ireland. The fest continues for five days. Initially a religious festival, it interestingly changed into a drinking fest in the 1970s. Go around Dublin wearing green and mix in. If you’ve never done this, begin drinking at breakfast! Ensure you drink no less than a couple of pints of Guinness

Imagine that you’re in Harbin, Heilongjiang, China, it’s winter and the temperature is around less than fifteen degrees Celsius and the Songhua lake is frozen. You could feel cold and hopelessness, or you could make the world’s biggest snow and ice celebration that records attendances of around twenty million each year. The immense ice models, castles, Buddhas and Ice and Snow World range over a mind-boggling six hundred thousand square meters.

Once a year in the desert of Nevada, USA, many thousands of individuals gather to observe The Burning Man Festival. A transitory city known as Black Rock is put together in the middle of the desert where a huge number of participants live together for seven days.

The week-long fest is a festival of worldwide global art and culture. The participants include capable, eccentric, fundamentally self-expressive artists, entertainers, cosplayers and party goers. The place is loaded up with intuitive art, live exhibitions, dystopic “mutant vehicles” and partying. Towards the end of the fest, the ‘playas’ dismantle the city and leave no trace behind.

Coachella Valley Music and Arts Festival is held each year at the Empire Polo Club, California. America’s biggest music celebration, you can expect participation near three hundred thousand. Some of the world’s most gifted artists bring along their attempts to display at Coachella. Music aside, Coachella is additionally a breathtaking art show.

As far as music is concerned, Coachella covers practically every genre. With eight stages and more than fifty entertainers, Coachella guarantees ideal excitement from all your preferred entertainers. 2019 entertainers include Ariana Grande, Zedd, Khalid, H.E.R. and Diplo.

It is one of the solid contenders for world’s best fest since the whole nation of Brazil celebrates it. More than five hundred street parties are celebrated over a month in Rio alone! The parades are vivacious, bright and great. In case you’re searching for an incredible party, the Rio Carnival is the spot to go.

Tomatoes are for salsa, salads and for throwing (in case you’re from Spain). In 1945, a little gathering of individuals in Valencia pelted each other with tomatoes at the nearby town square when a parade had turned out wrong. Considering how popular the celebration is today, we bet local people from 1945 were secretly having fun. Today, more than twenty thousand individuals gather and throw around a hundred-and-fifty ton of tomatoes at one another. Love tomatoes? Just imagine possessing a perfume like one.

There you have it! Our best nine fests to go to around the world. We realize life keeps you occupied and busy, however, we unequivocally suggest you visit each of these fests at least once in your life. Don’t forget to take all your necessary equipment’s and gears with you while travel and take a flight. In case you forget something, you can order and avail some decent deals and discounts. Make sure to read all the list of these festivals on their websites because there is a long list and there are some surprising items that are not allowed in.

I’m an enthusiastic writer who loves to write on lifestyle, fashion, money saving, and travel blogs. I hold a bachelor degree in computer science. I love reading books and making new friends. Say hello to me on Twitter