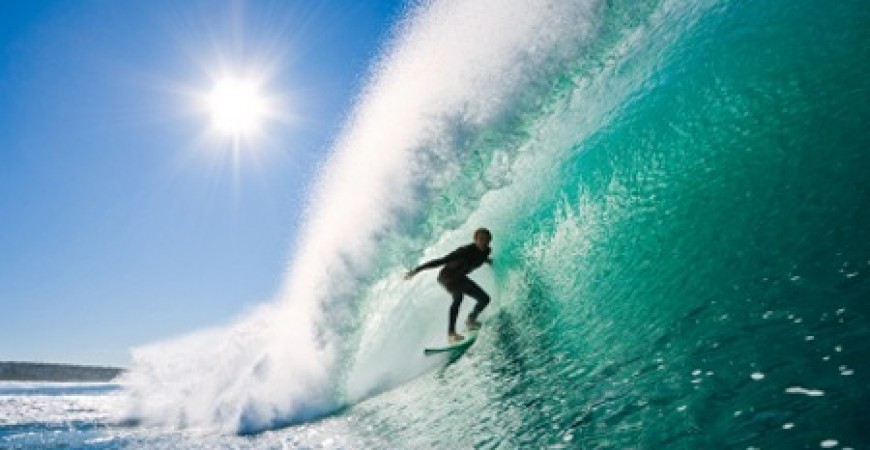 In Central Luzon, there’s a place easily reached by bus from Manila, a place where surfers go for the most radical waves ever. Baler, known as the origin of surfing in the Philippines. Not only that, but Baler was discovered and used as a setting in the movie “Apocalypse Now.” Of course if you don’t want to spend all day surfing, you can hire a banca and explore the beauty of Baler. The waves depend on the year and weather, but they are at their highest from October all throughout February, other than those months the waves are still fairly good. Baler has four famous beach breaks, each suited for a different kind of surfer. First off there’s Sabang Beach, waves great for beginners but since the waters a quite seasonal, there are times when the waves become high enough to attract the experts. Then we have Cemento Reef, take note that this is not for beginners and inexperienced surfers. It provides the biggest and greatest waves, the waves are so good that it hosts the annual Aurora Surfing Cup.

Next is the popular setting of “Apocalypse Now,” which is called Charlie’s Point. Waves here are decent and can do for all the surfers’ different wave preferences. Another expert level surf spot is Lindy’s point, accidentally created by engineers during a flood prevention exercise.  The waves are high, strong and sharp; perfect for all the action.

But then, if you’re a true beginner and you want to learn there are multiple shops that offer surfboard rentals and per hour lessons on how to surf. Of course renting surfboards without the lessons are allowed. When you’re tired of all the surfing and swimming, you can always sit back and relax on the magnificent beaches.