For the second time, I visited South Korea and this time as a solo traveler.
I booked my plane ticket a month ago and it costs me around 8500 pesos– back and forth – Manila – Seoul – Manila, June 10, 2011 to June 13, 2011. My reason? I panicked when I saw that Lee Ji Hoon has a musical show called Won Hyo, I am dying to see him in person and watching him perform LIVE, so I grabbed this opportunity. To make this a perfect vacation, I will be going to JEJU Island as well.
DAY 1 (Seoul, South Korea)
Okay! To start it out, June 09, 2011, I went early to NAIA Terminal 3 for my 1:30 am flight. Few minutes before landing to Incheon International Airport, I was rushing to fill up the immigration paper. When we arrived at airport, I easily passed the immigration.
I purchased a bus ticket heading Myeondong and get off at Ibusiness Hotel, from there, I walked till I reached Seoul Backpackers. I got my reservation and just changed clothes.
The first place I visited is the ‘Seoul World Cup Stadium’.

At world cup stadium, there are also IMAX and mountains and a picnic place, I saw many kids having picnic while studying and group of Ahjumma playing cards. I was curious why many are heading the mountain, so I followed them to find out what’s “in there”, I think it took me 100 steps to reach the peak, you know what I found out when I get there??? A fantastic view of the city,
From World Cup stadium, I headed to Jogyesa Temple where Koreans pay respect to Buddha.

From Jogyesa Temple, I went to Coex Museum, I was so hungry that time, so as soon as I reached the mall, I looked for food, it was around 2pm that time, I went inside to KFC and order some delicious meal.

When I finished my lunch, I went inside the mall, and visited Coex Aquarium, it cost me 17,500 won- for adult to enter the place. Not bad, I’ve seen so many animals; there are fishes, turtle, monkey, and penguins and lot more! I got fascinated with accessories, so I purchased a set of heart earrings and checked on their music store to see the price of their Korean dramas and cds. 99000 won for You’re Beautiful and 13000 won for Sign OST.
From Coex, I went to Banpo Bridge to watch the Rainbow fountain, it says it will take me 5 mins only, but it took me 20 mins yet it’s too far from the subway. It’s a beautiful park with the fantastic view of rainbow fountain. It was around 5pm when I get there, it was about to rain, so I left as soon as the show is finished.

I arrived at Olympic Park by 6:30 pm and get my ticket at Woori Art, the place is really elegant. I was so anxious and can’t wait more to see Ji Hoon. The gate opened at 7:30pm, so beyond those times, I was patiently waiting. I purchased a magazine of the show that costs 10000 won. The show started at exactly 8pm, picture and video taking isn’t allowed inside so I wasn’t able to capture anything, and still I enjoyed the show. It lasted for 2 hours and 10 minutes. When the show is over, I run faster to catch the last train, I made it! I arrived in the house by 11:30pm. Day 1 is finally over.
DAY 2 (Busan, South Korea)
Tic Tac Tic Tac OMG! I woke up 6am!!! I didn’t manage to take a bath, brush my teeth nor comb my hair. I just change my clothes, and fix my things. I took a taxi heading to Seoul Station; luckily, I was able to catch my train on time! Whew! At KTX, I just slept usual and when I arrived at Busan Station, I went to the Tourist Information, I seek for some help regarding my booking, thanks to the 2 women on the tourist desk for helping me book flights from Busan to Jeju and Jeju to Gimpo, if it weren’t because of them, this trip wouldn’t be successful.

After my city tour bus, I took the airport limousine bus going to Gimhae Airport which costs 7000 won. When I arrived at the Airport, I paid my reservation that costs 158200 won. It’s a bit expensive, so I advise you to book online as it is far cheaper. Then finally my plane going to Jeju is about to aboard. The plane is really nice plus the stewardesses are all pretty, the other girl resembles to Lee Da Hae! On our way to Jeju Island, I can see Japan already. I arrived at Jeju airport in less than an hour.
I requested to my hotel to pick me up at the airport as I am not familiar with the place. I was fascinated with the sceneries, and even saw the tower in the TV series IRIS, where Kim Tae Hee is waiting for Lee Byung Hun. In less than 25mins, we arrived at the hotel. I checked-in and ordered for food. A Korean Dishes of course. It was too cold though it’s summer. I actually thought I can swim on the beach near my hotel, but I was wrong since its freezing cold and the beach isn’t fascinating as the one we have here in Philippines.

The room was really comfortable and I like the HUGE flat TV screen. I watched ‘lie to me’ drama before going to bed.

I woke up around 7 am and get ready for my tour. I first visited Hallim Park which is nearby my hotel. The place is really nice as it has lovely trees, flowers, caves, birds and more.

I am not familiar with the place, so I asked the driver to call me when I arrive there. Oh by the way, I wrote the place where I am going on a sheet of paper, and just tell him I was going there. He understood me. When I arrived at my destination, he called me, since he cannot speak English, he just used his hands to tell me I should take off the bus and walk.

I get off the bus and took a taxi. I asked for some help and an old woman helped me in taking a taxi. It was raining when I arrived at Mt Songaksan, thankfully, the taxi driver bought me a raincoat. He gave me his calling card in case I need some help. I walked together with other tourists in the area until we reached the peak. Wow, such a beautiful view. This is the place where “All in” and “Jewel in The Place” took place. Amazing, Lovely beach beneath the mountain ~ a breath taking view. Taking a cab here is not easy too. It took me an hour to get a taxi.

Anyway, I took a taxi and headed to my next destination. It’s a village with temples and giant buddha on the top of the hill and view along the beach. Again, another fantastic view.

My next destination was Sex Museum. It’s so fascinating with a terrific view. Before I went inside, I went to the little store in front and buy myself an ice cream. There, I met Sanghee, such a nice woman. I encouraged her to go inside and took a picture again, she was too shy to do it, since for Koreans, they thought it’s kind of awkward or bad, something like that.

We had fun inside while getting to know each other. After that, we decided to tour Jeju together.

Our next stop is Cheonjiyeon Falls, we went there and eat.

We headed back to Mt. Songaksan again since she hasn’t been there. She decided to stay with my hotel. At night, we drank finally SOJU and Beywa while eating another Korean dish.

The next morning, we went for Horse-Back riding. It’s the filming location of Korean Drama – Boys Over flower. I took a picture with Kim Hyun Joong . This is actually my first time riding a horse, it’s very fun!

Then we went to Yeomiji Botanic Garden, to relax and unwind. And eat in a buffet.

Then we headed for zip line, another first time for me. We had a picture together. Finally, our last destination before we part ways, The Little Jeju Island, a place where you can see different tourist spots of other country. We had a lot of fun together.

I took a bus heading to the city and a taxi to take me to Jeju airport to go to Gimpo airport. From Gimpo Airport, I took a limousine bus heading back to Incheon International Airport. And finally arriving to my final destination ~ HOME. Next time, ill you my story of my next visit to Korea for AUTUMN 😀 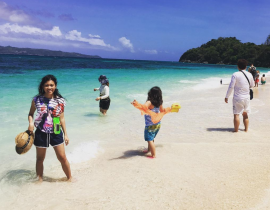 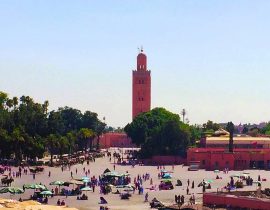 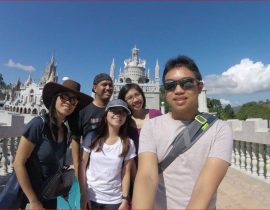 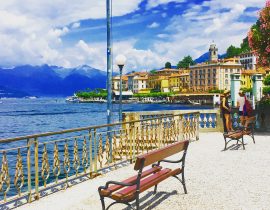 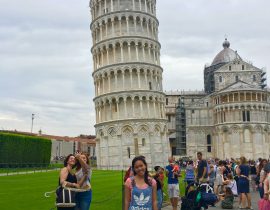 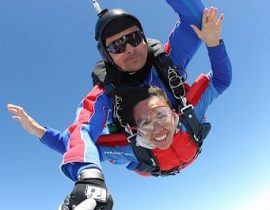