Cheap Flights to Visit the Top City Attractions in Melbourne

Traveling to one of the world’s most expensive cities should not deter you from visiting Melbourne, as this tourist hotspot is the capital and commercial hub of Victoria, Australia! Nestled on the scenic Port Philip, where you can catch a glimpse of the Yarra River estuary, Melbourne is one of the most popular places to holiday in the world, attracting millions of visitors every year.

With over 30 towns that are connected by 200 railway networks, it’s very easy to get around Melbourne, and many of the train stops are close to top attractions, so you won’t have to walk far to get in some sightseeing! If you’re thinking about taking a trip down under this year, let’s take a look at some of Melbourne’s top tourist attractions you can’t miss out on.

Melbourne is every tourist’s dream destination, not least because it is a very modern and vibrant city. Federation Square is one of the most popular meeting points in the city for locals and holidaymakers alike, as it represents the cultural centre of Victoria. The Queen Victoria Market is another favorite spot for shoppers who are looking to buy fresh fruits, vegetables and gourmet dishes, and there are even some clothing stalls too! 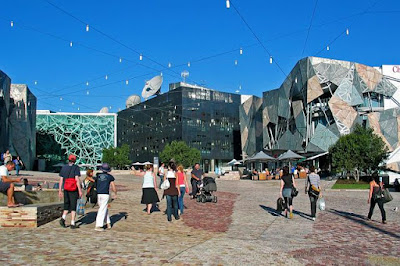 The Crown Casino offers unlimited gaming for those looking for some evening excitement, and for art connoisseurs, the National Gallery of Victoria, the Melbourne Museum, Sovereign Hill and The Arts Centre are just some of the places where you can get your fill of spectacular works of art and history. The Sea Life Melbourne Aquarium is definitely for the animal lovers, while Philip Island Penguin Parade, the Great Ocean Road, Melbourne Zoo and Healesville Sanctuary are perfect places to take the kids!

Locations You Simply Can’t Miss Out On!

If you’re visiting Melbourne for the first time this year, there’s no doubt that you’ll be mesmerized by the picturesque landscapes. The Mornington Peninsula is teemed with white sandy beaches located on the south east portion of the city, and they overlook the Bass Strait as well as the famous Mornington Peninsula National Park.

Melbourne is also known for its snowfields during winter season, and you can even partake in some skiing if the snowfall has been particularly heavy. Hitting the slopes of Mt. Buller, Falls Creek and Hotham are always part of holidaying in Melbourne, while everyone will enjoy snowboarding, skiing, snow tubing and riding toboggans.

If you’re thinking about holidaying in Melbourne in the near future, take a look at Cheapflights.com.au for some of the best deals online! Cheap flights are usually snapped up pretty quickly, so be sure to compare the market before you book.

If you’re a lover of all things sport, then the Melbourne Cricket Ground, Melbourne Cricket Club’s home and the tenth biggest ground in the world, can’t be missed! There’s also the Rialto Tower, and these can be found in the heart of Melbourne’s business district, dubbed as the tallest skyscraper in the Southern Hemisphere. On its 55th floor you’ll be able to find the Melbourne Observation Deck, where you can enjoy watching the busy streets in the daytime, and the neon lights at night. No matter where you’re staying in Melbourne, you’re never far from a great bar of club too, so be sure to venture out and experience some evening entertainment!

Where To Get Cheap Flights

How To Get Cheap Flights