Warning: unlink(/tmp/webfonts-p5ksPw.tmp): No such file or directory in /home/traveler/public_html/wp-admin/includes/class-wp-filesystem-ftpext.php on line 139

Warning: unlink(/tmp/webfonts-8urcRZ.tmp): No such file or directory in /home/traveler/public_html/wp-admin/includes/class-wp-filesystem-ftpext.php on line 139

Warning: unlink(/tmp/webfonts-2JGNq3.tmp): No such file or directory in /home/traveler/public_html/wp-admin/includes/class-wp-filesystem-ftpext.php on line 139

Things to Consider when Searching for Hotel Accomodations

Hotels have been a part of human civilization for centuries, with historical evidence suggesting that they may have been common as far back as the biblical ages. Since that time, hotels have improved greatly by integrating a number of innovations that have enhanced the quality of the hotel experience for hotel guests. This article will examine the historical significance of innovation in the hotel industry, pointing out a number of major innovations that changed the industry forever. 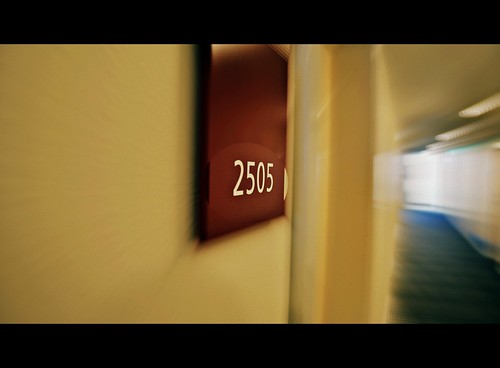 A brief history of the hotel industry

The first hotels were barebones with a bed and a small amount of basic furniture. Some hotels featured impressive architecture and expansive gardens, but these types of hotels were relatively uncommon and prohibitively expensive.

Initially, hotels focused solely on attracting holidaymakers and residential travellers. However, in the 1970s, a number of savvy hoteliers realised that there was a growing business market that was in need of accommodation during business trips. To meet this demand, business hotels were created.

Also, the third hotel boom in the 1980s saw a number of specialised hotels being created at a variety of different locations around the world. Air travel was becoming increasingly common, so large numbers of hotels were built near airports giving weary travellers a place to sleep. Ski hotels, marina hotels, holiday villages and dedicated hotels designed to house business conferences were also starting to become increasingly common.

In the 2000s, as the internet became more important, particularly for business travellers, the hotel industry was amongst one of the first industries to embrace it adding wifi and ethernet services in hotel rooms.

Major hotel innovations over the years

There have been a number of major hotel innovations over the years that present day hotel visitors often take for granted.

It wasn’t until 1829 that soap and private rooms with locks were commonplace. The Tremont Hotel in Boston was the first hotel to add these two important innovations.

Private bathrooms were also unheard of until the creation of the Ritz in Paris. Prior to the Ritz’s opening in 1898, shared bathrooms were the only option for hotel patrons.

Double glazing, a glazing technique designed to insulate heat and block out outside noise, was also introduced to the hotel industry around this time, with London’s Berkeley hotel being one of the first to add it in 1935. At the time, the Berkeley was one of the only hotels that could claim to be completely soundproof.

A number of service innovations have also been pioneered by hotels over time.

The concept of ‘afternoon tea’ was first introduced by the Berkeley hotel in London. They further innovated on the concept introducing the world famous Prêt-à-Portea afternoon tea in 2005.

Another important service innovation was the addition of room service. The Waldorf Astoria was the first hotel in the world to introduce the concept of room service back in the 1930s. The concept has since been copied to the vast majority of hotels around the world.

The hotel industry has always been adaptable, being quick to adopt new ideas and new innovations that can improve the stay of their guests.

A number of hotels have added wifi internet services in their rooms, giving guests the chance to access the internet during their stay. Self service check in kiosks, flat screen televisions, loaner iPads and ebook readers and flat panel displays with media panels are also becoming increasingly common.

The hotel industry has changed dramatically since its inception. Present day hotels are well designed and comfortable, with a number of amenities that ensure visitors have an enjoyable stay. As we further enter the digital age, it’s highly likely that the hotel industry will continue its tradition of innovation by making full of use of new technologies and innovations as they emerge.

This article was brought to you by one of London’s most luxurious hotels – the Berkeley, whose luxury hotel suites are reknowned for their innovation and style. Best Locations For An OAP Holiday In The Sun